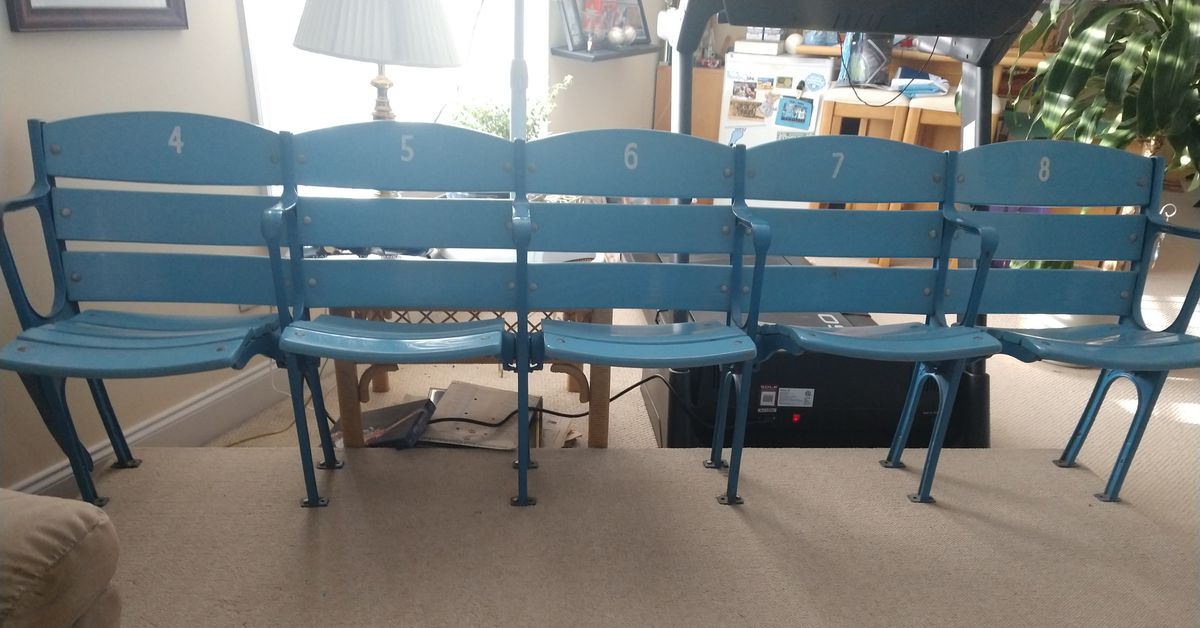 It’s been a hot minute since we featured a Tar Heel fan’s memorabilia collection, but this one was worth the wait.

Tom Hicks – a resident of Durham, but a native of Chapel Hill – is the latest Tar Heel to share his fan cave in Caroline with Tar Talon Blog. Tom, a second-generation Tar Heel, was born on campus and has strong ties to the school and athletic program as a member of the Rams Club and season ticket holder for football, basketball (men’s and women’s) and baseball. Let’s hear how Tom put together this spectacular collection:

Tar Heel Blog: When did you first become a Tar Heel fan? Were you born into it or was it because it was the home team?

Tom Hicks: I’m the classic ‘born in Tar Heel, raised in Tar Heel’, having been born at what was then known as Memorial Hospital in Chapel Hill. My dad attended UNC and started taking me to baseball, football, and basketball games when I was very young. I go back far enough to have attended hoop games at Woolen Gym and baseball games at Emerson Field. I’ve only missed four home football games since 1964…three because I was in Las Vegas or Hawaii with the hoops team.

THB: When did you start collecting objects?

E: I really haven’t collected things in that long…maybe 20 years? My favorite piece is the Carmichael chairs. I actually have two sets, but one is quite worn. My summer job between my junior and senior years at UNC was helping remove the original chair seats at Carmichael and replacing them with the bench seats. A day after work, a set of three chair seats somehow managed to end up in the trunk of my car! These seats were mounted on my parent’s patio and sat there for about 30 years before the house was sold. As you can imagine, they are quite worn from the weather. They are stored in my garage.

THB: What is your favorite track? How did you acquire it?

E: The set of five Carmichael chairs fitted in my home were acquired about 15 years ago. A friend was moving to Florida and was going to have a garage sale to get rid of a lot of stuff. When I saw he was going to sell his Carmichael seats, I said there was no way I was letting anyone else buy them.

THB: Are your signed magazines purchased or have you met with players/coaches to get them signed?

E: I only have one signed magazine cover, and my wife asked Tyler Hansbrough to sign it. Other signed items include a reprint of the 2004-05 hoops season pass signed by Roy, and a large photo of Hansbrough and Dustin Ackley in their uniforms outside the Old Well. Both were National Players of the Year when the photo was taken. The signed subscription was acquired at a fund auction for Reece Holbrook… now a member of the UNC baseball team. The signed photo was acquired during the auction portion of the first pitch dinner to raise money for the UNC baseball team.

THB: Do you have any game day rituals? Do you look in your Fan Cave? Are other people allowed to enter with you?

E: I don’t have any game day rituals other than watching from the John Elway recliners in the hall, although I attend just about every home and away football game, as well as at all home games and some road hoops games, which limits the number of games watched at home.