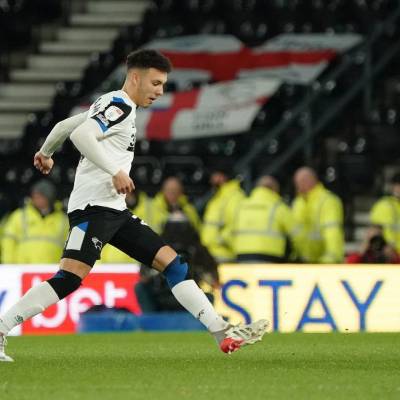 The Rams travel to Riverside Stadium to take on Chris Wilder’s side who are looking to build on Tuesday’s 3-1 win over Hull City at Pride Park Stadium.

Craig Forsyth scored his second goal of the season to open the scoring, while Tom Lawrence and Festy Ebosele also got their names on the scoresheet either side of half-time in what turned out to be a comfortable evening for Wayne Rooney’s team.

The victory moved Derby just four points behind Reading in the table, who occupy the position just outside the relegation places in the Sky Bet Championship.

It has also sparked renewed optimism among the squad and supporters that Derby can avoid relegation and overhaul the 21-point deduction incurred for going into administration and for historic breaches of profitability and sustainability rules.

Boro are the Rams’ next opponents and they have seen improved results following Wilder’s appointment.

But, Buchanan knows the focus is on Derby and how they can impact the game.

“We just have to keep playing like we did” he said Rams TV. “The way the gaffer wants us to play, if we keep doing it and stick to the way we know we can, we believe we can cause every team in this division a problem.

“It will be a tough game on Saturday, but we know that if we go there, if we play the best we can with the confidence that we have gained in the last games, then we can get a positive result.”

On a personal note, the campaign has been stop-start for the defender so far.

After two spells on the sidelines with injury, he had to remain patient for a sustained run down the side. 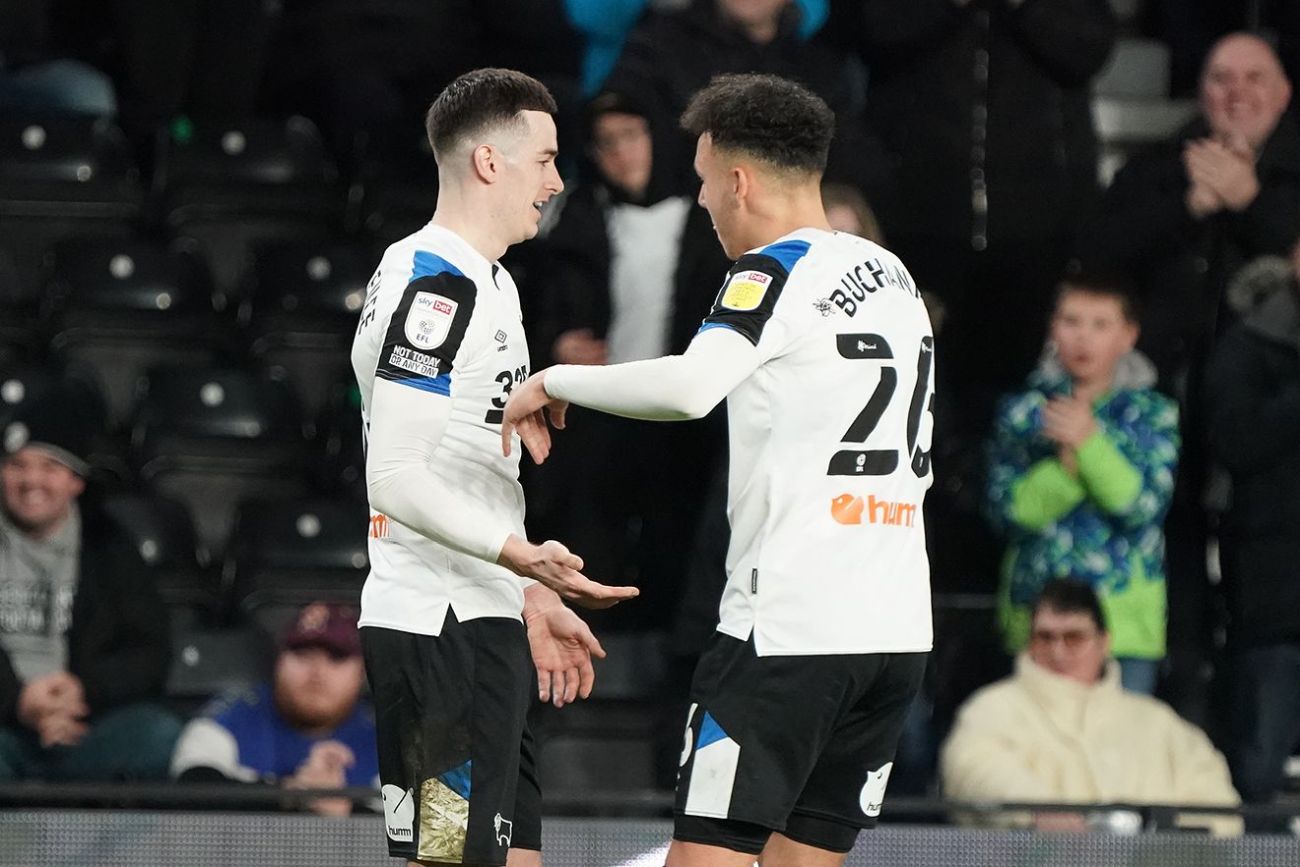 Primarily a left-back, Buchanan has moved to centre-back in recent games following the suspension of Richard Stearman who received a three-match ban following his red card against Huddersfield Town last week.

The Academy graduate found it frustrating being on the sidelines but is keen to make up for lost time in the last 16 games of the season.

“It was frustrating, especially with the second knee injury,” he admitted.

“I did it in the last two minutes of the game against Bournemouth in November and as it was the knee there’s not much you can do but wait to be fit and be back; so it was frustrating.

“I’m happy to be back now and I feel fit and as good as I’ve been, so hopefully that can continue.” 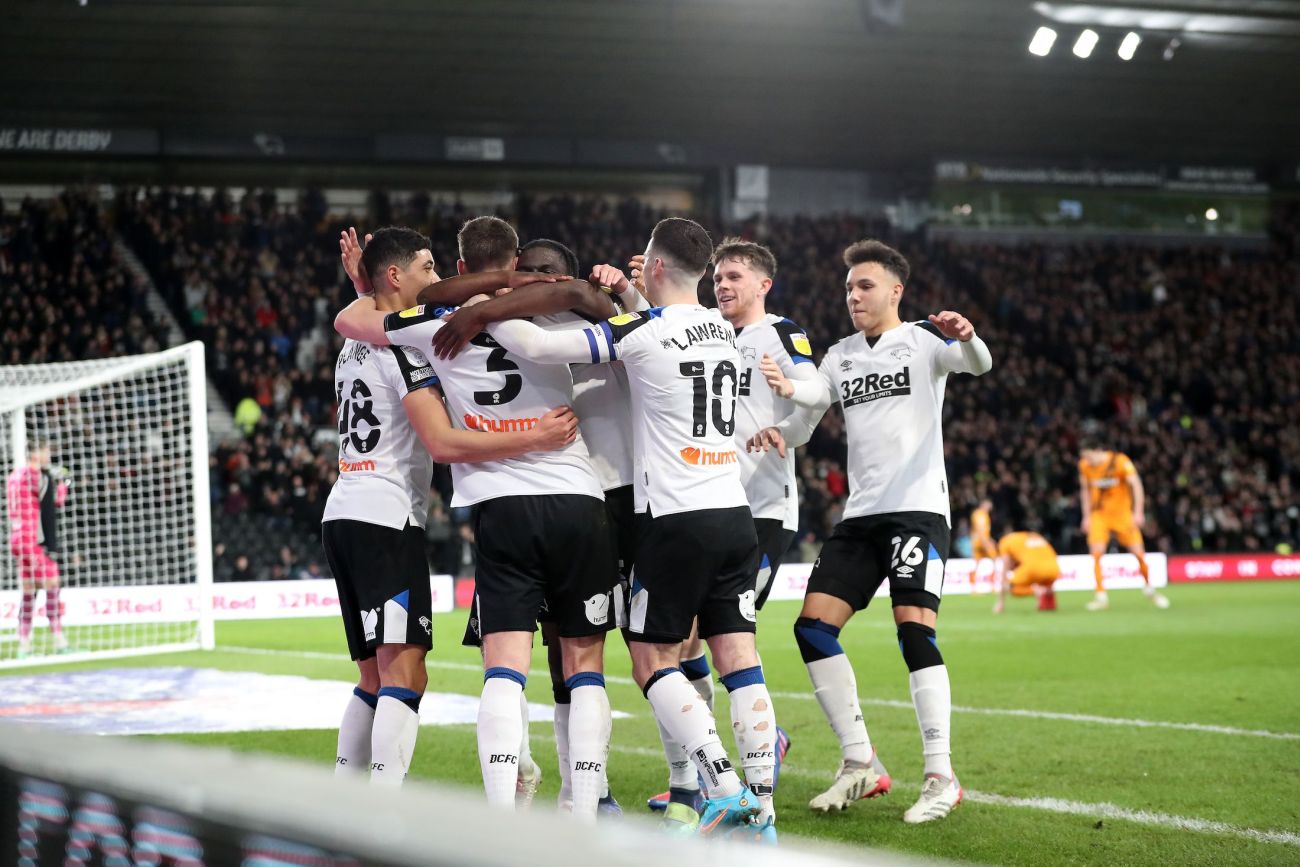 It’s been two and a half years since Buchanan burst onto the scene and scored on his debut in a Carabao Cup win over Scunthorpe United in August 2019.

The defender has been through a lot in his relatively short spell in the first-team environment but he certainly thinks this can be a special year for the club.

“It’s different from the two seasons I participated in before,” he said. “I think we feel more together, especially with the situation we’re in, that’s probably why we’re a lot closer than we were before.

“As you can see we are attracting large crowds both home and away and hopefully that can continue. With the mostly positive results this season, the fans keep singing, cheering us on and even when we lose they are still there to help us through it, so they have been a big help this season.