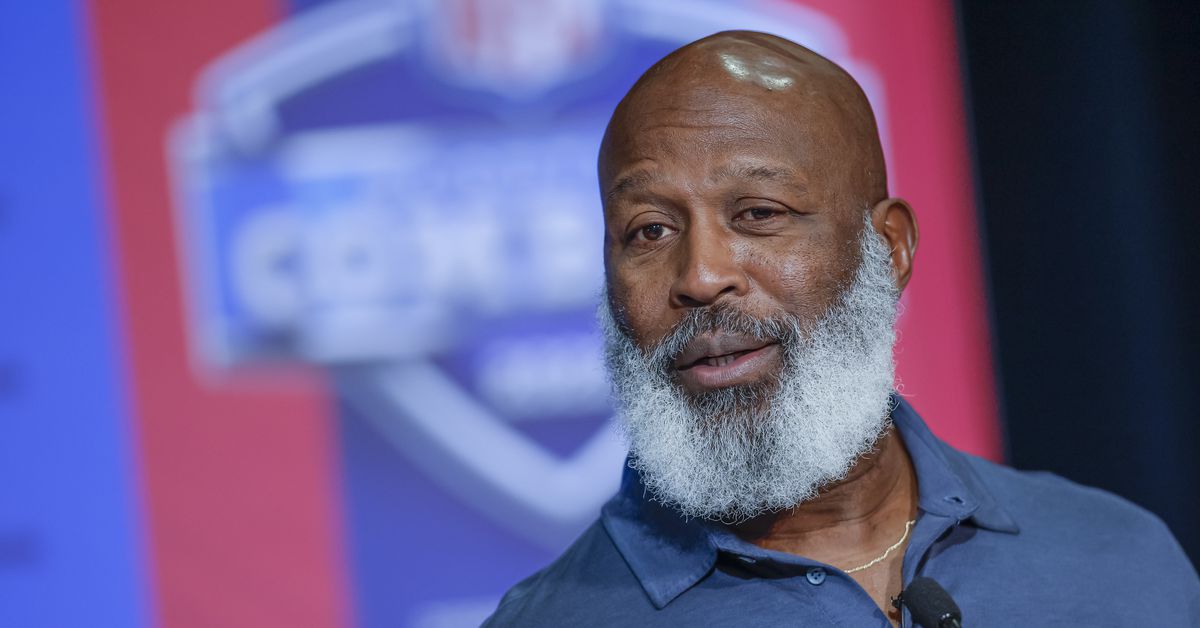 Our hearts are our hearts. Our eyes are our eyes. These two components of our body will be put to good use this week as we watch NFL prospects achieve their goals and live their dreams in Indianapolis. With the Combine NFL Starting this week, which prospect are you most looking forward to seeing running and jumping? And do you have a favorite for the Texans to pick with the third overall pick?

That’s the question I asked the masthead. Here are our answers:

My eyes are on K’Lavon Thibodeaux. The number one pre-season pick has slipped in recent drafts, due to things like tenacity, desire, grit and this new narrative that he’s a sports car who isn’t a real footballer. He is still the best point rusher in this class. If he blows the combine, Houston could have a wrecker of worlds early in the first round, something a front without a real game-changer needs to have to improve defensively. A rockstar combination would solidify him in the top three, allowing Houston to choose between him and Aidan Hutchinson, or consider a potential trade. No offensive tackles in the first round around these parts.

There are too many guys I can’t wait to see at the combine, so I won’t list them. However, for the third pick overall, there are a few directions that could go. In my mind it will be either Kyle Hamilton or Kayvon Thibodeaux, but I still can’t put one over the other just yet. Both would be great pieces for this team. It’s going to be a tough call, so hopefully the combine can make the decision a little easier for the Texans front office.

This is a very deep draft class at a few positions including point rusher, defensive back, wide receiver and O-line, but most of my favorite prospects are on defense. With the third pick, if the Texans don’t take Kyle Hamilton, I won’t just be super surprised, I’ll be very sad. My favorite prospect in this draft, however, is Ahmed “Sauce” Gardner. With a ‘sauce’ moniker that should immediately make him a top five pick, but being a 6’3″ locked corner also makes him unique. Maybe that’s a hot take, but I think Sauce Gardner is the best corner prospect we’ve seen since Jalen Ramsey and I think if he’s drafted in a good system he’ll be an instant starter.

With the Combine, I usually don’t get too excited one way or another. They might confirm or raise questions, but not much more than that. The most important parts are things that won’t be televised, medical checks and background.

That being said, if there’s one player I’m interested in, it would be receiver Jahan Dotson. Heading into the offseason, the former Penn State University wide receiver was considered a certain late first-round pick, as most sims had him anywhere in the middle to late first round. tower. Yet this has long since diminished. He didn’t have a big senior bowl week and most see it as a day 2 prospect. Not that it’s the end of the world, but for a guy whose stock took a hit, a good combine performance, especially when it comes to his time 40, is essential if he plans to go as high as possible. For reference, a recent multi-round mock draft had Dotson come to Houston, which as a 2nd-round pick might be a decent thing, but that would depend on what happens with Cooks/etc.

As for who the Texans should take with the No. 3 pick, all DL/OL top prospects are good with me. Neal, Hutchinson, Thibodeaux, Ekwonu…no problem with them. I’m not as convinced to take an S, even Hamilton with the No. 3 pick and CB Stingley Jr has some serious injury questions he needs to answer. There’s no quarterback on the roster worth the No. 3 pick, so stick with one of the linemen. If there is an interesting offer to exchange, I would also be ok with that. They need help, and with relatively limited ceiling space, that help should be as cost effective as possible.