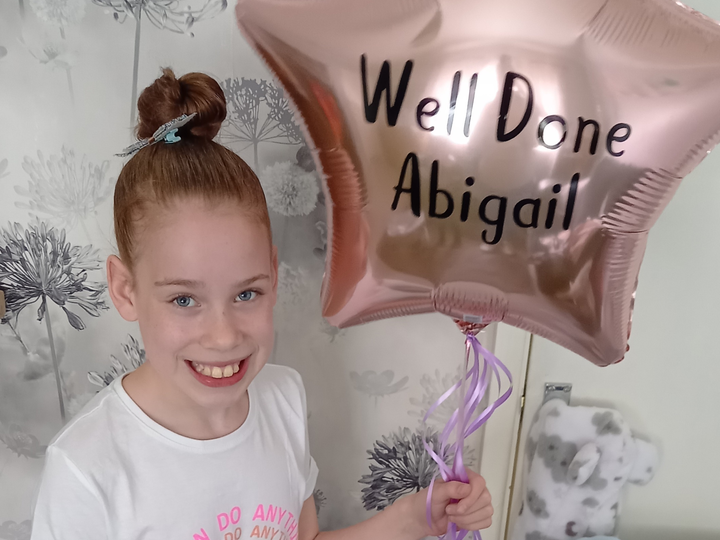 ‘Brave’ and ‘Inspirational’ Young Abigail Star of Preston’s Switch On

Brave young Abigail McKenzie has been chosen as the winner of Preston’s Switch On Star contest.

Working with Christmas Lights Switch On organizers, Preston BID, we selected Abigail for the inspiring way she took on her own challenges while also going above and beyond to fundraise to help others.

Abigail’s mother, Helen, said: “Abigail was born with cerebral palsy and in 2018 she underwent the SDR neurological procedure, which was broadcast on the BBC.

“Abigail was a model for the Alder Hey and Matalan pajama campaign in 2019, and earlier this year she competed in the Captain Sir Tom’s 100 Challenge, raising £ 1,100 for Ronald McDonald House by walking 100 laps of our estate, even with a fractured wrist.

“As a result of this challenge, she underwent multi-level surgery and now has a two-year recovery period ahead of her. Although she had to relearn to walk for the third time, she did not complain once.

Read more: Young Preston completes Captain Tom’s 100 Challenge to raise funds for the hospital where she stayed after the operation

Abigail has received several nominations, including one: “Abi is the strongest and bravest young woman I have ever known and has the brightest smile you will ever see. She is truly an inspiration to all who know her.

Other nominations have described Abigail as “brave”, “a warrior” and “a superhero”.

Telling Abigail the news she won, Helen said, “She was very excited and very happy to be the star of Switch On.”

Abigail will be invited to the stage at Christmas Lights Switch On to speak to event hosts, before joining famous faces to light up the city.

The event, which is free, takes place at the Flag Market this Saturday (November 20) starting at 5:30 p.m., and will feature a host of artists and special guests.

Although Abigail is a deserving winner, the number of brilliant nominations meant that the judges’ decision was a delicate one. Here we are sharing some of our favorite examples of proud Prestonians …

Adrian murrell
“Adrian does everything possible to support and provide for the needs of the community of Preston. Year after year, we enjoy the amazing Windrush Festival and the Children’s Christmas Party for free; without forgetting the various support meetings, the educational offer, etc.

Ava jolliffe
“Ava is a great and dedicated advocate for people with disabilities. At only 15 years old, she has accomplished so much for the deaf / blind community and through her incredible artistic endeavors, she continues to advocate for equality and build a bridge between the valid community and the disabled community.

Brian Burdekin
“Brian suffers from quadriplegic cerebral palsy and has inspired so many at his university to persevere in the search for a job, even though he has had so many setbacks. He donated his birthday money to Disability NW to help other disabled users find jobs! He enjoys talking to others about resilience and the power for other disabled users to know they have a place in society.

Byron highton
“Byron works tirelessly with the youth of Preston and does his best to tackle knife crime through his own tragic experience. It educates them and helps them focus their negative experiences, through boxing and educational lectures, and offers incentives to combat anti-social behavior in the region. He is selfless in what he gives the community to make the streets a safer place for our own children to grow up. ”

Cathy thompson
“Cathy runs a community theater company called Kidz4Kidz and has been doing so for 20 years. All the money raised through weekly subscriptions, fundraising and shows is donated to a local child who may need it. All of this while doing a full-time job, having a family to take care of and being an ongoing rock to friends and family. Cathy is a heroine.

Chris Murray
“During the lockdown, Chris provided hot meals to the elderly and those in need and continues to do so along with many other volunteers. He also raises funds for various charities including walking to Liverpool and Wales where I was fortunate enough to participate. It made me want to keep helping knowing that I was doing it for such a great cause and it was all owed to Chris.

Read more: Preston Here for Humanity will organize a reverse Advent Calendar for those in need

Grant
“Des was unemployed during the closures, but entertained people when they couldn’t go out to pubs and clubs by setting up a ‘disco’ out of his garage. He is the father of Melanie Grant, who sadly passed away at the age of 12, and Des and her family have set up a charity to raise money for a CT scan at Royal Preston Hospital to help out other children get diagnosed earlier.

Read more: St Catherine’s Hospice invites you to Rock The Lockdown at an online party this weekend

Faz Ali
“Faz has worked as a youth volunteer for 25 to 30 years and always puts young people first, above everything else. He will be one of the main reasons why so many young people do well in life and why so many children have taken to the streets, as he ran the youth club several nights a week for many years.

Garry Cook
“Garry is a talented, creative promoter and photographer. Its events are creative, passionate and diverse. He tirelessly strives to tackle the challenges, red tape, lack of resources, closed sites and even the weather in Preston. Faced with a tough lockdown, he brought us our first outdoor photo exhibit displayed on the city streets. “

James kirby
“James is a serving soldier who lost his mother to Covid. In his honor, he did a 154-mile, 48-hour charity walk with 59 kg on his back and raised over £ 8,000 for BLESMA. He also volunteers as a football coach for under 12s with a range of children with different needs. He is a true hero and I am proud to have him at the service of our country.

Read more: Preston soldier completes 48-hour march in memory of his mother who died of Covid

Peter Yates
“Pete is 80 years old and has volunteered for years, especially during the pandemic where he helped every day without fail with the food bank and community activities. He is always the first on the scene.

Roisín Pelan
“Roisín has battled stage 4 cancer, raised thousands of dollars for charity, adopted his baby boy, ran his business selling cancer related items and was generally a source of inspiration. She also became a columnist for the Daily Mirror, among others, while battling cancer. “

Read more: ‘I did it!’ Lea’s cancer fighter’s joy after three years in remission

Victoria Musiala
“Victoria suffers from serious mental health issues as a result of the pandemic, however, she has recovered and now she is helping the elderly as a home helper and raising awareness of the importance of mental health. She’s a modern day warrior who wants to make this world even brighter for everyone around her.

Blog: The cooperative program is a synergy, biblically speaking