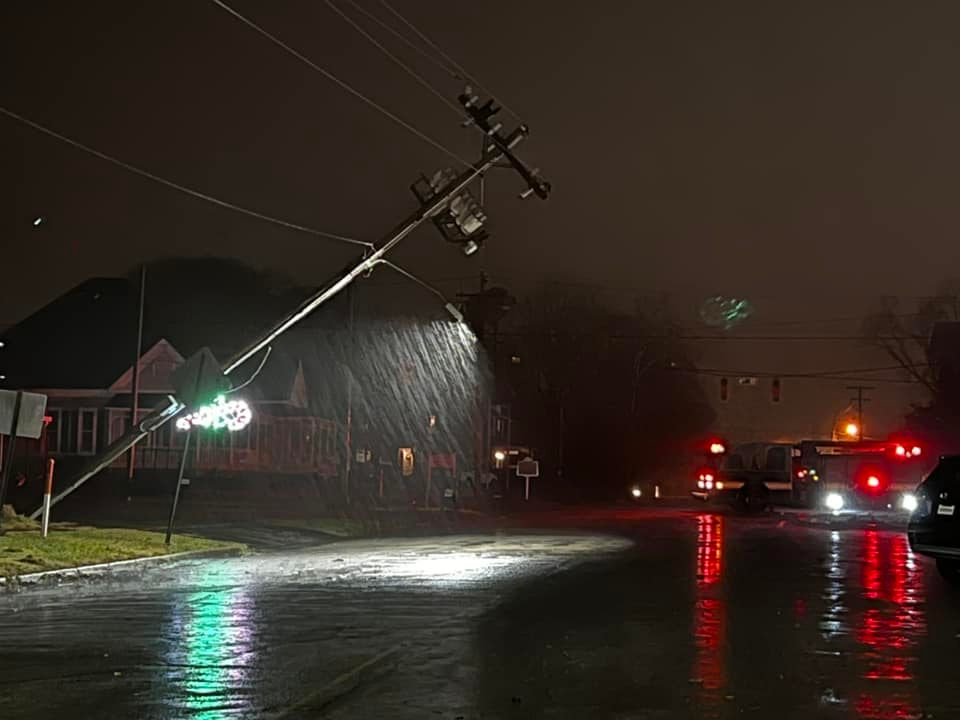 (WHNT) – High winds and storms swept through the Tennessee Valley on Saturday and caused damage in several areas.

Here’s how you can help victims of devastating tornadoes

Here in the Tennessee Valley, several areas suffered wind damage to buildings and homes. Several thousand were without power and many saw trees across the roads. Here are some photos submitted by viewers or city officials of the damage.

Several homes were damaged in the Augusta Street area of ​​Petersville. News 19 viewer Leia Johnson submitted these photos after the storms passed.

Katie Heath was living in this mobile home in St. Florian with her two daughters when a tree crashed through her bedroom wall early Saturday morning.

She was sitting inches away from her with her youngest daughter when it happened. Heath told News 19 she felt “incredibly lucky” to be gone. She said there were several other dead trees and poles all over the park.

‘Four-state tornado’: US may have just seen first such event

News 19 viewer Sam Calhoun sent us this photo of the Church of the Living God in Elkmont which appeared to have roof damage.

This video was taken as high winds and storms rolled into Huntsville. News 19 viewer Kathryn Crowe submitted this video of Rural King off Memorial Parkway to us.

News 19’s Kelley Smith pulled this video out of the newsroom backdoor during this same system.

If you have photos or videos of damage that you would like to share with News 19, please send them to us at whnt@nexstardigital.com.