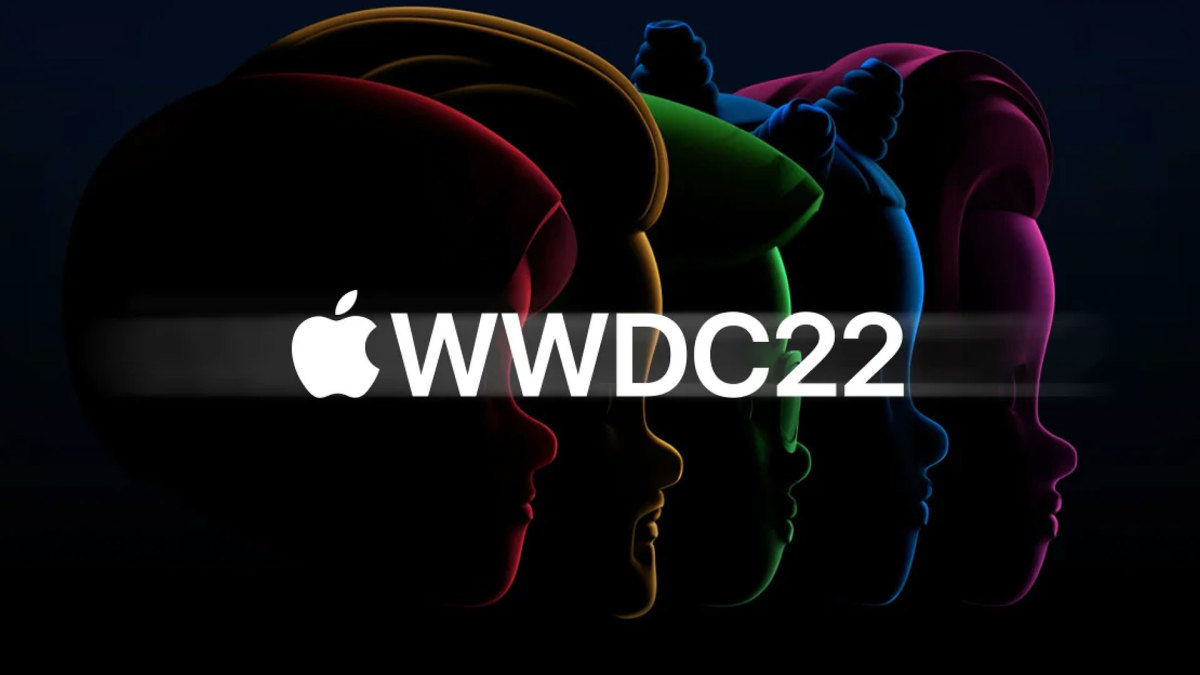 Colette Bennett, Senior Reporter for TheStreet, will blog live about Apple’s WWDC event, which is scheduled to begin at 1 p.m. ET. Please refresh your browser for updates.

2:45 p.m. EST: And we return to Tim Cook, who reviews all the announcements. It says all iOS updates are coming this fall.

2:43 p.m. EST: Stage Manager is also coming to iPad. You can resize and drag windows to overlap as well, or even plug your iPad into a display and use it as an additional display.

2:42 p.m. EST: Benchmark Mode is new in iOS 16, which provides a consistent benchmark workflow across devices.

2:37 p.m. EST: Now we are talking about games again. Metal3 is here too, which means games will run better than ever. The Game Center dashboard now shows activity – yours and your friends’ – and you can easily use SharePlay to invite friends to games. These features will roll out later this year.

2:36 p.m. EST: Freeform is a new application that allows collaborators to work together on a board in real time. You can take notes, draw, add photos or videos, documents, etc. It’s coming later this year.

2:30 p.m. EST: It’s time to talk about iPadOS. Collaboration is now easier here too, with the ability to share a document or file and allow anyone to edit it. You can also invite colleagues to view added tabs. It also works with Notes and Keynotes.

2:28 p.m. EST: You can also use your iPhone as a webcam with Continuity Camera, which can also illuminate your face and show your desktop in a new feature called DeskView. Callers can now view video of themselves and their desks at the same time. Stands are coming later this year.

2:26 p.m. EST: Handoff comes to FaceTime, which means you can easily transfer a call from your phone to your computer or iPad by simply stepping closer to the device you want to transfer the call to.

2:24 p.m. EST: Apple shone a spotlight on the upcoming release of “Resident Evil Village” on Mac, which looks fantastic running on the system.

2:22 p.m. EST: As for games, Apple has announced MetalFX Upscaling which will allow developers to further improve their games and increase frame rates and load times.

2:20 p.m. EST: Passkeys are a new sign-in option that Apple says it intends to permanently replace passwords. They are shared between devices using Keychain and cannot be phished or disclosed.

2:68 p.m. EST: Safari also gets shared tab groups, which can be used by multiple people to share and collaborate.

2:17 p.m. EST: Now let’s move on to Mail, which has added Undo Send, Schedule Send, Follow Suggestions, and Remind Me.

2:15 p.m. EST: Spotlight is also getting an update that lets you easily preview photos, search for text in images, and perform more actions right from Spotlight.

2:11 p.m. EST: We now move on to macOS. Ventura is the name of the new version. Stage Manager is a new feature that organizes open apps to the side of the screen, allowing the user to see other things while focusing on the one they have open. You can also group applications into clusters.

2:02 p.m. EST: Now we see a redesigned MacBook Air. The wedge shape is gone and it weighs 2.7 pounds. The four colors available are Silver, Space Grey, Starlight and Midnight. It’s also bigger with a 13.6 screen, is 25% brighter than before, and now supports a billion colors.

1:54 p.m. EST: Next up is Mac, which just announced its M2 chip, the next evolution of the M1. It has a 10-core GPU and is much more efficient in its power consumption than its predecessor. MacBook Air will be the first computer with the M2 chip.

1:52 p.m. EST: The Atrial Fibulator history option allows users to track cases of atrial fibrillation and send the record directly to your doctor. Apple also added a new Medications app that users can use to log what they’re taking and also send reminders to take them. You will also receive an alert if you register a drug that interferes with another. You can use these features on your phone even if you don’t have a watch.

1:50 p.m. EST: Sleep Stages, new to the Sleep app, will now show users how long they spend in each sleep stage.

1:48 p.m. EST: Now, iOS 16’s Fitness app will be available to all users and allow them to track using Apple’s ringtone system, even if you don’t have a watch.

1:46 p.m. EST: Apple Watch is getting three new metrics to improve the watch’s ability to provide specific data for exercise, including heart rate zone tracking that will give you a voice reminder if you fall outside the zone you set.

1:43 p.m. EST: Kevin Lynch, VP of Technology, is here to talk about Apple Watch Now. Watch iOS 9 introduces an updated Siri UI and new banner notifications, as well as a Podcast app that kids and adults can use.

1:42 p.m. EST: AirPods now have custom spatial sound, which can be customized specifically for the user.

1:38 p.m. EST: CarPlay is next. Apple has also been working with automakers to revise this, and we’re looking at what the new version of CarPlay will look like. It’s a sleek interface that mirrors the iPhone’s widget system and spans the entire car dashboard. Users can define the appearance of their dials. Vehicles that will use the system will be announced from 2023.

1:34 p.m. EST: Updates for Apple Home include Matter, a privacy-focused smart home accessory login system. The Apple Home app has also received an overhaul, with new navigation, new categories and a central page with all the connected areas of your smart home. A preview of this information can also be added to the lock screen as a widget.

1:32 p.m. EST: Now they talk about privacy and personal security. Apple is adding a new feature called Safety Check, which was developed to help people in abusive situations revoke access. It stops sharing your location and resets privacy permissions, and also limits messages and FaceTime to the device in your hand.

1:30 p.m. EST: A new modification to Photos, called iCloud Shared Photo Library, lets you share photos with up to five other people. You can also filter photos based on their content, and you can also set photos to go straight to the shared library right after you take them, right from the Camera app.

1:28 p.m. EST: Now let’s move on to Family Sharing. Apple has added a new way for parents to add an age restriction to everything from music to games. A new Family Checklist makes it easy to change settings as needed.

1:27 p.m. EST: In Apple News, sports fans can follow their favorite teams in a new section on their phone called My Sports. It syncs across all Apple devices and is free to use.

1:25 p.m. EST: Let’s go back to Craig, who has put on a white tracksuit and is holding a basketball. It’s time to talk sports.

1:23 p.m. EST: Let’s go to the cards. The new card is coming to 11 more countries this year. Apple Maps Director Meg Frost introduces a new feature called Multi-Stop Routing to save your drives.

1:22 p.m. EST: Apple Pay Later is a new feature that lets you split a purchase into four equal payments without interest or fees. Payments are handled through Wallet, and Apple Pay Order Tracking is also available for items purchased this way.

1:20 p.m. EST: Now we move on to the features of the wallet. You can now send keys to friends through your phone (just like in a hotel room) and Apple is also working on allowing this between non-Apple phones.

1:19 p.m. EST: A new feature lets you touch any image, hold it, and transfer part or all of the image into a text message. Wow.

1:46 p.m. EST: Dictation is getting a new setting that allows users to switch between typing and voice on the fly. You can also select text using touch and replace it with your voice. Dictation also automatically adds punctuation.

1:14 p.m. EST: SharePlay is being touted for its ability to be used in apps to connect people. Now it comes in Messages, so you can directly use Messages feature to share movie, message, music, etc.

1:13 p.m. EST: We now move on to messages. They can now be edited, recalled, and you can mark chats as unread. These three features have been requested by users.

1:12 p.m. EST: Focus filters are also new, allowing you to use the phone’s focus feature to see only the things you choose (like browser windows or chats specifically for work).

1:10 p.m. EST: Live Activities is a new feature that allows users to add widgets that update in real time, such as the score of a sports match.

1:09 p.m. EST: You can also set a lock screen gallery that will cycle through different photos throughout the day. Notifications have also been changed to show at the bottom of the lock screen instead of covering it.

1:05 p.m.: Craig Federighi is standing. He talks about iOS 16 to start with which has new customization features. The lock screen is the “biggest update ever” according to Federighi. It is fully customizable, with an editor that allows the user to add a filter, customize the appearance from date and time to color and font, and add widgets.

1:04 p.m. EST: Cook says “today we’re going to push our platforms further than ever before” today. Could this be the VR headset we’ve heard about?

1:02 p.m. EST: Cook talks about the newly launched Dev Center and its goal of helping developers thrive. It has 17 developer academies, including one just for women.

1:00 p.m. EST: Apple’s custom emoticons are displayed on the screen. Now we zoom in on a landscape from above to zoom in on Tim Cook.