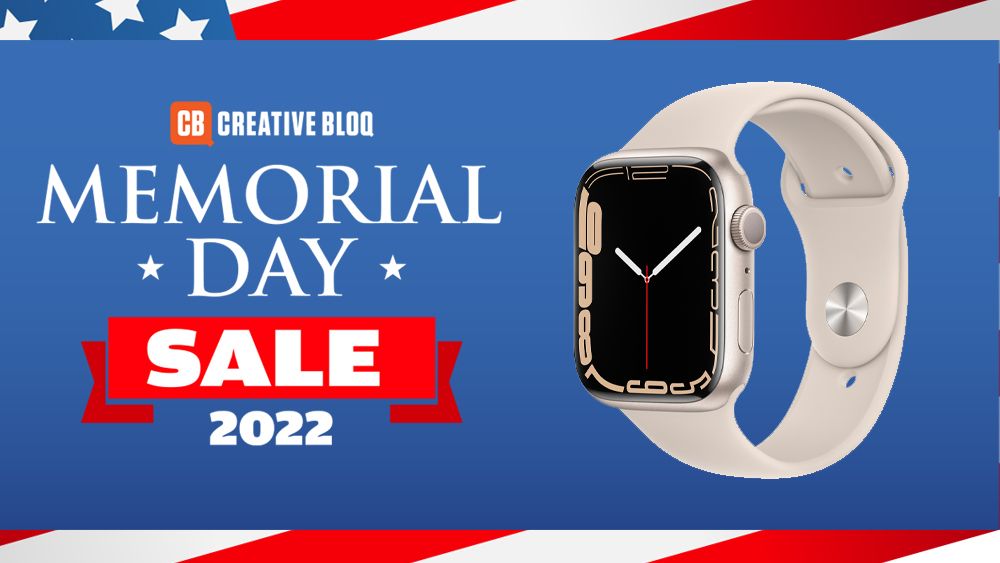 We’re going to take a break from this Apple Watch Memorial Day Sale blog for a while and resume tomorrow, but just to recap the best deals we’ve seen so far, the clear winner is $70 off the Apple Watch Series 7 at Amazon (opens in a new tab), the discount applies to the entire range with several colors still available. This brings the price of the 41mm GPS configuration down to $329 and the 45mm down to $359.

The Series 3 doesn’t have the larger face or always-on display of the latest Apple Watch, but if you’re just looking for a very affordable smartwatch that can play music from iTunes, control music on your iPhone or provide fitness features like heart rate monitoring, it’s the best price you’ll find.

The Apple Watch Memorial Day sale extends to the Nike Apple Watch 7, which is reduced by $70 at Best Buy (opens in a new tab). The same discount is available on the 41m (now $329.99) and 45mm (now $359.99) versions and in Starlight and Midnight colors. This is a great option if you prefer a sportier look.

The same discount is available on each watch’s GPS + Cellular configurations, and four color options for the GPS models and several more for the GPS + Cellular, so hurry to get the color you want because it doesn’t. It’s not often that we see discounts on more than a few colors available at once.

The Memorial Day sale deals on Apple Watches didn’t exactly start with a bang! Right now we’re seeing retail prices across the board, especially on the latest Apple Watch 7. But never fear! We expect decent discounts as the weekend progresses.

UPDATE: if you are looking for a GPS and cellular (internet connection), on the already affordable Apple Watch SE, that’s a bargain. More than Best Buy, you can bump the Apple Watch SE from $329 to just $299 (opens in a new tab).

Nutrition for Everest and for Judo / IJF.org

Footballers who have excelled in other sports (Part 3) – Footie Central