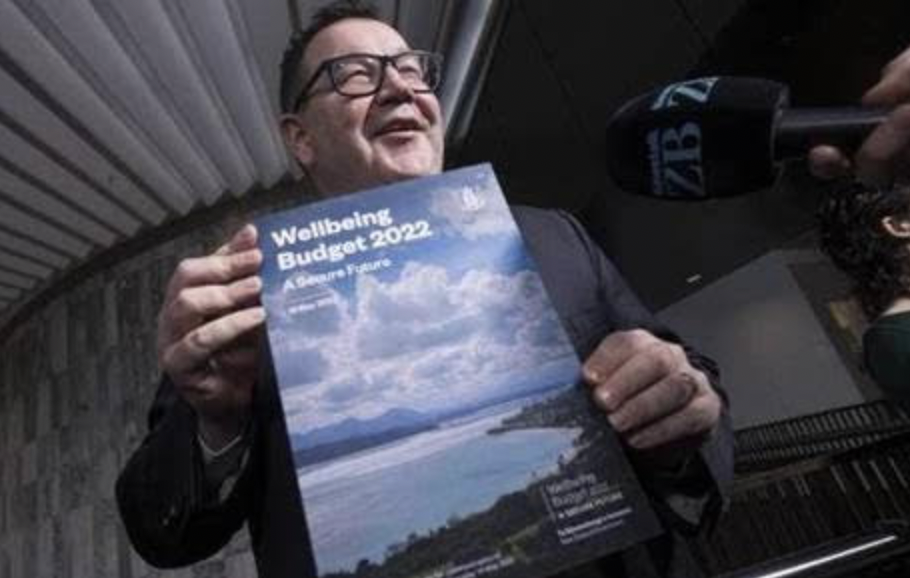 WHY DID IT MAKE A BIG DEAL OF THE ENTIRE FISCAL YEAR? The very idea that the government of the day has the foresight and skill to successfully diagnose and treat the nation’s economic ills in a way that hasn’t been tried a hundred times before is fanciful. The smart move would be to treat the whole process as a basic bookkeeping exercise. Because that’s all it is.

Of course, a shrewd finance minister will also keep an eye on the state of the global economy. Not because it can do anything about it, but because the impact of exogenous economic events – especially negative events – cannot but affect the state of the national economy. A reduction in the amount of money people spend and/or invest has consequences for the health of the country’s businesses, the number of its working citizens and, most importantly, the amount of revenue collected by the state.

In a rational society, any shortfall in state revenue would be offset by a corresponding increase in taxes. Unfortunately, democratic states are rarely governed rationally. Popularly elected governments are reluctant to court the wrath of their constituents by raising taxes, preferring instead to let the nation’s cultural and physical infrastructure decay. Or, if the postponement of crucial interviews does not produce the savings necessary to keep the “essentials” operational, borrow to make up the shortfall.

Government borrowing poses all sorts of potential problems for the nation, but not immediately. In a democracy, this delay between the act and its consequences is precious. Getting the country into debt allows a finance minister to keep the lights on and the ATMs running without raising taxes. This option might become unavoidable at some point for a future government, but that is not the current government’s concern – not in the context of a three-year election cycle. The politician’s motto is simple: “Always put off until tomorrow what risks costing you votes today.

The trouble with judgment days is that they always come. It was Rob Muldoon who was left without a chair to sit on when the music stopped playing in 1984. When play resumed, David Lange and his finance minister, Roger Douglas, were left with no tax options. Something drastic had to happen to the way New Zealand was run or the lights would go out and the vending machines would stop working. (In 1984, they almost did!)

As we all know, something dramatic happened – “Rogernomics”.

Prior to Rogernomics, budgets had been newsworthy largely because they provided an opportunity for government tax increases on gasoline, tobacco, and alcohol. Less frequently, they made news due to minor income tax adjustments. Roger Douglas paid for all of this.

After 1984, budgets became part of the larger theater of economic reform. Even the “Musts” did not escape the attention of the reformers. National Party Finance Minister Ruth Richardson, faced with another day of tax reckoning in 1991, produced what she called “The Mother of All Budgets”. (A reference to the “Mother of All Battles” promised by Iraqi dictator Saddam Hussein during the First Gulf War, which should have warned New Zealanders of what Richardson had in store!) It was TMOAB that reduces the income of beneficiaries by 25%, impoverishing thousands of people. For some Kiwis, budgets were now events to fear.

Despite the best efforts of political marketing experts, there hasn’t been a budget to match Ruth Richardson’s TMOAB in over 30 years. Yes, there were years when Bill English (another National Finance Minister) felt compelled to drastically reduce what he memorably described as the “Nice To Haves”. (Government projects that made life easier, happier, more fulfilling.) But the “musts” limped from one Jerry-built budget to the next. Those dark clouds gathering on the horizon, however, speak gloomily of another day of reckoning fast approaching.

It won’t be an ordinary day. Climate change, global financial fragility, weakening and broken supply chains, rising geopolitical tensions, runaway inflation and the continuing effects of a global pandemic will be crammed into its 24 hours. To keep the lights on and the ATMs working in the face of these challenges, governments around the world have been forced to borrow and spend like there’s no tomorrow. (Which, with the hooves of the Four Horsemen of the Apocalypse thundering across the planet, might not be an unreasonable prediction!)

The current finance minister, Grant Robertson, has about as much chance of stemming these grim border arrivals as King Canute had of keeping the rising tide at bay. The budget that Robertson presented today, like most budgets, is a waiting operation. If he is lucky, in a last ditch attempt to retain control of the Treasury Banks, he will have the ability to borrow and spend again in 2023.

If, however, Robertson is unlucky and/or unsuccessful, he is unlikely to be too clueless. Indeed, he may feel immensely relieved not to have to write the 2024 budget. And if his supposed successor, Nicola Willis, has any sense, she will persuade his boss, Christopher Luxon, to hand over the job of dealing with David Seymour, the account’s everyday mother to act. After all, he’s the man with the machete.

Rather than seek out a Budget title to top Ruth Richardson’s, Seymour should do without the hype and razzamatazz surrounding the Budget performance altogether. Since the document he hopes to present will be nothing more or less than a basic bookkeeping exercise, that is the description he should use.

That the phrase ‘a basic bookkeeping exercise’ strikes fear into the hearts of New Zealanders forever is, sadly, as inevitable as death and taxes.